“I tell you the truth, whatever you did for one of the least of these brothers and sisters of mine, you did for Me.”  Matthew 25:40*

“Lord, keep my family and me safe as we head to Texas” is the whisper I exhaled deeply as we embarked on a longer than normal road trip to my mother’s house in Brenham, Texas.  We rolled out in the early morning hours of Labor Day weekend and I was driving a truck, pulling a U-Haul trailer, my son following me in another car, and our usual route was flooded due to Hurricane Harvey.  We were driving into the aftermath of this terrible storm.

I had already planned a long weekend trip to my mom’s and rented a U-Haul to move some bunk beds down to her property.  Then Harvey made an unwelcomed visit to Houston.  I watched my Facebook feed fill up with friends flooding, evacuating, and losing everything.  My heart broke for so many and I had to do something.  My mom was safe in Brenham, no flooding or storm damage, but the normal route to my mom’s flooded between Lake Charles and Beaumont on a major highway.  I had to find a way there and assist.

I did not live in Louisiana in 2005 during Katrina but let me tell you, the people of this state are survivors and know a thing or two about hurricane preparedness and clean up.  I put a note out on Facebook to my local community and told them I planned to drive to Houston and would be willing to take basic cleaning supplies, toiletries, diapers, wipes, water, and gift cards if they were willing to donate.

I had the room on the trailer.

The local peeps had the compassion to act.  WOW, did they deliver.

It started with a few friends bringing over items.  Next, some small businesses received donations at their locations.  At the end of the week, our garage overflowed with tangible items for the physical needs but even more, was the presence of hope and love.  One person told me “Texans were so helpful during Katrina; it is my turn to give back”.  Another friend said, “I know the overwhelming feeling of where to start, and when someone showed up with a cold drink and some cleaning supplies, I knew I was going to be okay.” My mission was to deliver both the physical donations and the emotional support from Louisiana to Texas.  Lofty goals, but my God was able and would make my way.

It took about seven and half hours to get to our first stop in Spring, Texas.  This is where I grew up and I knew of friends and their families in this area who were affected.  I decided to go the Spring Baptist Church, designated as a donation point, and unload at least half of what I had brought.  I knew they were equipped to get the items to those who needed it the most.   The volunteers were so appreciative and they promised the generous gift from Louisiana would be used for the many in need.

Next, I headed to a friend’s parents’ house where they had taken on about six feet of water.  I pulled into the neighborhood and I held my breath.  The traffic alone stood at a standstill as you could only drive in one way.  So many people were pitching in to help those who had been flooded and hardly any place to park.  Picture where house after house people were throwing out their material lives to the curb; furniture, carpet, and appliances while others sobbed and took pictures for documentation.  I found my friend and when I got out of the car, I was overwhelmed.

Tears rolled down my face as I processed the chaos around me. The devastation, the smell, the loss.

After I gathered my composure, I delivered personal packages from her family back in Mandeville, gave them some water, and gift cards.  I had another friend meet me in the neighborhood to give her some gift cards to be shared with a family who had lost everything.

In the midst of this devastated neighborhood, I witnessed love, compassion, and hope.  There were so many volunteers assisting the families in need, handing out cold drinks and snacks, giving hugs, and being the hands and feet of Jesus.  As sad as I was for their loss, it was a reminder of what truly matters in a catastrophic event; the connection between people.  In this moment I was reassured of the goodness in others and how it triumphs over any horrific event which robs us of our stability and comfort.  This was a mission trip in my old stomping grounds where people from a neighboring state showed love, compassion, and hope in simple acts of kindness.

As we got back in our vehicles and headed to Brenham, I started to think what else can we do?  Some of my family traveled to Brenham from the Dallas/Ft. Worth area for the weekend and I still had items in my trailer to dispense.  We had a family meeting later in the evening and developed our plan for the next day.  We were heading to LaGrange, Texas……..

Stay tuned for the second half of our missions trip when we headed into more devastation from Harvey’s fallout.

4 thoughts on “A Mission Trip In My Own Backyard”

Please send an e-mail to fhldigs1313@gmail.com to unsubscribe. 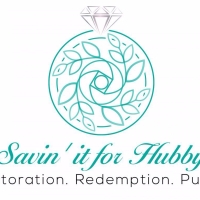 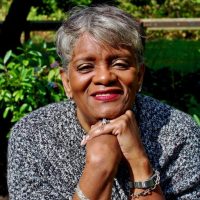 Savin' it for Hubby

Devotionals on A COURSE IN MIRACLES, A COURSE OF LOVE, THE WAY OF MASTERY, CHOOSE ONLY LOVE, and MIRARI . . .with Celia Hales

Words of Encouragement for Life's Journey

Embracing Life in the Midst of the Unexpected

Unmasking the Mess
The Chronic-ill(s) of a Quirky Teacher

a blog of hope by savannah wall